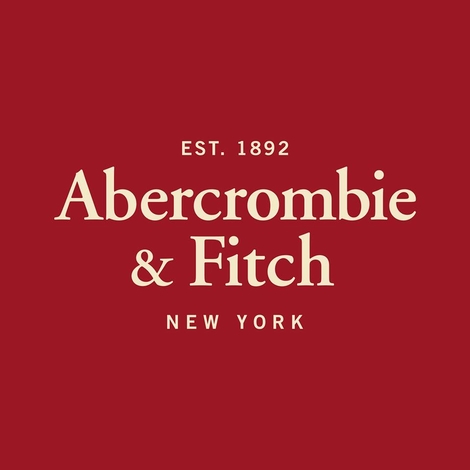 Abercrombie & Fitch began as a small specialty shop in New York City, providing the highest quality outdoor apparel, camping, fishing and hunting gear. Today, the brand continues to uphold its reputation for quality apparel, but has since evolved into a destination for casual, classic, and trend right clothing. Our East Coast roots, and Ivy League heritage provide inspiration for our youthful All-American lifestyle. The unique store experience is unmatched; our store models are the best looking and are featured in our iconic marketing. Abercrombie & Fitch is idolized and always cool.

In 1892, Abercrombie & Fitch was founded under the name David T. Abercrombie Co. The first store was a small waterfront shop and factory in downtown New York City. His love of the great outdoors inspired him to begin Abercrombie and Co., a shop dedicated to selling only the highest quality camping, fishing and hunting gear. One of his most loyal customers was Ezra Fitch.Ezra Fitch was a successful lawyer in Kingston, New York. Restless and thoroughly bored with his profession, Fitch spent his free time trekking the slopes of the Adirondacks.

In 1900, Fitch convinced David Abercrombie to let him buy into partnership in the business. By 1904, the shop which was now located at 314 Broadway, was incorporated, and the name was officially changed to Abercrombie & Fitch.David Abercrombie and Ezra Fitch were stubborn, hot-tempered men, and they had vastly different views about the future of their business. Abercrombie was more conservative and content to continue the store as it was. However, Fitch was more of a visionary. Inevitably, the partnership dissolved, and David Abercrombie resigned in 1907. In the meantime, the store continued to expand. Ezra Fitch was a determined innovator – the phrase “It can’t be done” was not a part of his vocabulary.

In 1913, the store moved again, this time to a more fashionable and easily accessible midtown address just off 5th Avenue. Inventory was expanded and A&F became the first store in New York to supply rugged outdoor clothing for women. In 1917, Abercrombie & Fitch moved again, this time to Madison Avenue and 45th Street, where it occupied an entire 12-story building. The sign outside the new location said, “Where the Blazed Trail Crosses the Boulevard.” In 1928, Ezra Fitch retired, but Abercrombie & Fitch continued to grow.

In May 1996, Abercrombie & Fitch became a fully independent, publicly traded company and thrive as one of the fastest-growing merchants of the highest quality men’s and women’s casual clothing in America.In 1998, abercrombie opened and followed the rich Abercrombie & Fitch heritage by offering the same high quality clothing and one-of-a-kind brand experience.