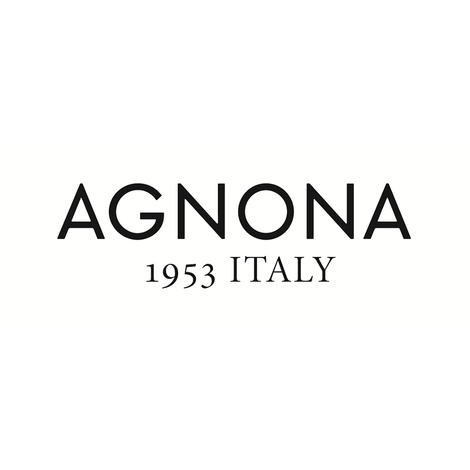 AGNONA is a women’s luxury brand and a leading manufacturer of ready-to-wear produced using the most exclusive and noble fibers: cashmere from Tibet, silk from China, Peruvian alpaca, fine Australian wool, and vicuña from the Andes, (a fiber once a privilege reserved only for kings).

Founded by Francesco Ilorini Mo in 1953 in Borgosesia, AGNONA takes name from a village in the Monterosa mountains. At the beginning the company started as a supplier of the finest fabrics to major Haute Couture Houses, such as Balenciaga, Courrèges, Dior, Givenchy, Hermès, and Valentino. Agnona's textile innovations contributed significantly to the prestige and evolution of fashion during this golden age of made to order luxury.

From the 70’s AGNONA began to create and produce a prêt-à-porter collection, first designed by Walter Albini. AGNONA continued its fabric innovation both for its own collections as well as those of important new designers like Halston and Stephen Sprouse. In 1999 AGNONA was acquired by the Ermenegildo Zegna Group, giving AGNONA new impetus including collaborations with the most important photographers of the world such as David Sims and Patrick Demarchelier for its advertising to the openings of AGNONA boutiques in the world's most exclusive shopping locations.

In 2013, the Creative Direction was assigned to Stefano Pilati, who gave AGNONA his refined interpretation of luxury that was both bold and severe, with meticulous clean lines and precious fabrics. "AGNONA collezione ZERO", debuted in September 2013, was the first of a series of collections designed by him.

In May 2014, Alessandra Carra was named CEO of AGNONA charged to develop the unique potential of AGNONA as one of the leading brands the worldwide luxury market.

In November 2015 AGNONA announced the appointment of Simon Holloway as Creative Director, starting with the Winter 2016 Collection, the first to be presented on a runway. Simon's appreciation for Italian quality and design, embraces AGNONA's Italian heritage and its culture of style that is uniquely Milanese. AGNONA by Simon Holloway is synonymous with timeless elegance, understated and distinguished by absolute attention to detail and a deep respect and love for women.

AGNONA is a pioneer in double faced fabrics. It's iconic Cashmere Double Light, best characterizes the brand's tradition of Luxury and Innovation. It's renown for being both lightweight and warm. Its sumptuous feel is its signature touch. More recently AGNONA introduced Century Double Faced Cashmere, an even lighter double fabric made from a yarn that’s 100% Cashmere; 100 THOUSAND, the fiber's count, 100 km the length of yarn on a spool weighing one kilogram, and 100 teasels used to finish the fabric, hence the name CENTURY. AGNONA is also known for iconic Cloud (Nuvola) cashmere stoles made from 100% cashmere, so ethereally light that one meter of cashmere cloud weights only 35 grams.

In his book "Quest for the Best", Stanley Marcus defined AGNONA as "one of the highest examples of industrial and creative quality"; a distinction that has endured for decades.