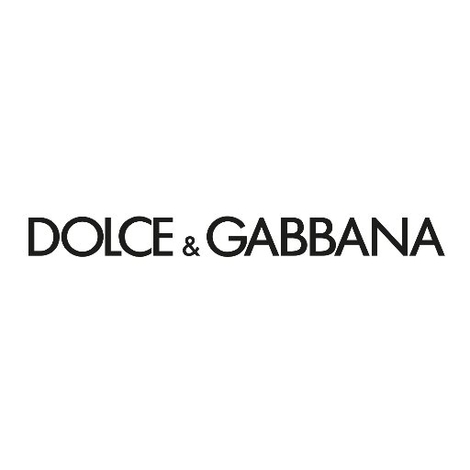 Dolce & Gabbana is the Dream: a luxury brand that is distinguished by its stylistic originality combined with the superior sartorial content of its creations. The strong identity of the Dolce & Gabbana brand has evolved over the years while always remaining faithful to its inherent standards. An unmistakable style, the expression of unconventional luxury which, season after season, combines strong innovation with the powerful Mediterranean flavour of its origins. A brand whose essence lies in its contrasting features.

Established in 1985, Dolce&Gabbana is today one of the leading international groups in the luxury goods sector.

The founders, Domenico Dolce and Stefano Gabbana, have always been the creative and stylistic source of all thebrand’s activities, as well as the drivers behind the development strategies based on balanced growth on a global scale and focus on the core business.

As far as the structure of the Group is concerned, Dolce&Gabbana has within it the fundamental assets for continuous development: ownership of the brands and the management and control of the three operating divisions, Production, Distribution and Licences. The direct control of the entire value chain, from creation to sale, enables the Group to convey – in the most effective manner and through all the expressions of the brand – its strongly distinctive style and solid DNA, based on sartorial tradition and Mediterranean culture, with a special emphasis on Sicilian culture

The continuous development and consolidation of the Group at global level are ensured by coordinated management of the distribution policies, which combines the strategic vision of the headquarters in Milan with a widespread presence across the territory, through its branches in New York, Tokyo, Hong Kong and Sao Paulo which co-ordinate the management of the retail and wholesale distribution in their respective territorial areas.