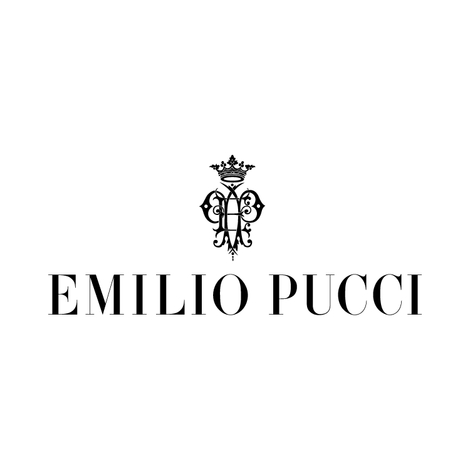 Born in 1914 to one of Florence’s most illustrious families, the Marquis Emilio Pucci di Barsento naturally embodied the jet set glamour of post-war Italy. Multilingual, well-travelled, American-educated, air force pilot, Olympic skier and aristocrat – he was a Renaissance man in every sense of the term. Recovering in Switzerland after the war, and with the Italian economy in ruins, Pucci made ends meet by teaching Italian and giving ski lessons in Zermatt. It was there that in 1947 a streamlined ski outfit he designed, initially for himself and then for his enthusiastic socialite friends was photographed by a fashion photographer and published in Harper’s Bazaar USA, giving rise to a fashion phenomenon that continues to reverberate to this day.

Pucci was driven by the desire to liberate women, granting them unprecedented freedom of movement.

Setting up his atelier in the Pucci family’s grand palazzo in the heart of Florence, Emilio began working closely with expert fabric manufacturers in Italy to pioneer and patent revolutionary stretch fabrics that eschewed the heavy, rigid fabrications largely in circulation at that time. Contrary to his design contemporaries, Pucci was driven by the desire to liberate women, granting them unprecedented freedom of movement. His stretch silk and cotton jerseys were weightless, unlined, and wrinkle-proof - precursors for a modern, travel-friendly wardrobe that captivated a new generation of modern, active women.

His first boutique was La Canzone del Mare (The Song of the Sea) on the island of Capri, even then a glamorous resort destination, where he developed wearable yet chic sportswear: “Capri” pants, silk twill shirts with a masculine cut, open-toed sandals and striped jersey tops, all in refreshingly vibrant colours that evoked the island’s natural beauty.

His designs featured sensual, free-flowing lines that followed the natural curves of the body - effortlessly elegant clothing which took women from day to evening...

He began showing his collections to international press and buyers in Florence in 1951. His designs featured sensual, free-flowing lines that followed the natural curves of the body -- effortlessly elegant clothing which took women from day to evening and from jets to seaside cocktail parties, perfectly complementing the lifestyle of the high-rolling, jet set crowd. The collections had the allure of couture but were shed of the impracticality and cost of haute couture, heralding the novel concept of designer ready-to-wear which had a cascade effect throughout the fashion industry.

Additionally, Emilio offered a holistic design vision that ranged to interiors, lingerie, eyewear, perfumes and more, providing an expanded group of consumers with access to designer goods for the first time. He lent his design talent to a variety of non-fashion projects as well, including, among others, futuristic airline uniforms, the logo for a space mission, and a luxury car.

As a colorist he was unparalleled and drew inspiration primarily from the natural landscapes of the Mediterranean, but also from the exotic locales to which he travelled.

It was during the ‘50s that Pucci began developing his signature prints: graphic, abstract designs inspired by the world around him – Sicilian mosaics, heraldic banners, Bali Batiks, and African motifs. It was the first time that such pulsing geometric patterns had been incorporated into clothing and the effect was highly original, so much so that the international fashion press, smitten by his bold, radical approach, crowned him “The Prince of Prints”. Each print was like a work of art born upon a silk canvas, framed with a decorative border and signed in the artist’s name – “Emilio”. He brought a luscious, bright colour palette to his craft. As a colorist he was unparalleled and drew inspiration primarily from the natural landscapes of the Mediterranean, but also from the exotic locales to which he travelled. The result was a sophisticated fusion of colour which became the hallmark of Pucci design. Instantly recognisable, Pucci’s glorious and joyful combinations exude energy and emotion and allow the designs of the clothes themselves to remain relatively simple.

In the 1980s Emilio’s daughter, Laudomia Pucci, became increasingly more involved in her father’s business, ultimately taking the reins following his passing in 1992. In April 2000, an alliance was formed between the Pucci family and LVMH, with the French luxury group acquiring 67% of the company and the family retaining a vested interest. With the Group’s financial support and expertise the brand has soared on the international fashion stage and in a relatively short time has built up a global network that now includes over 50 boutiques in global fashion capitals and a footprint in the world’s foremost luxury retailers.

The brand has soared on the international fashion stage and in a relatively short time has built up a global network that now includes over 50 boutiques...

In March 2015 the Italian designer Massimo Giorgetti was appointed Creative Director. Working out of the company headquarters in Palazzo Pucci in Florence, he carries on the trailblazing vision of founder Emilio through his ready-to-wear and accessories collections, as well as through special projects. The Emilio Pucci product line includes apparel, handbags, small leather goods, footwear, eyewear, beachwear and silk accessories. Recent years have seen the birth of co-branding initiatives with Guerlain and Veuve Clicquot, licenses with Rossignol, Wolford, Parfums Luxe and Bisazza and high impact artistic creations such as a 300-foot hand-painted gennaker for Wally yachts and the wrapping of the Florence baptistery with a giant-sized archival print created in its honour.

A major influence in contemporary fashion, Emilio Pucci’s legacy continues to be a seminal force behind the birth of the “made in Italy” style and a milestone in Italy’s luxury sportswear concept.