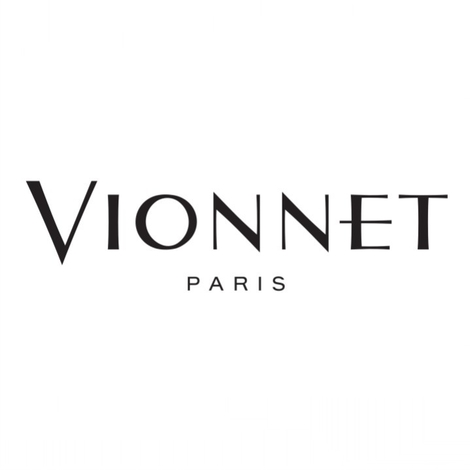 Fashion, style and exclusivity for this French brand managed by an Italian team.

Madeleine Vionnet was 63 when, in 1939, at the outbreak of the Second World War, she finally closed Vionnet, her fashion house, with which, for 27 years, she had developed many of the concepts and creative and commercial strategies that still, today, characterize the fashion system.

She founded her maison in Paris, in 1912, impressing the world of couture with her totally innovative approach, her sartorial skills and the perfect balance between experimentation and elegance. The inventor of the bias cut, “coup en bias” – which she protected from imitations with a copyright and documents of authenticity – and the celebrated queen of draping, which she tested using long cuts of crêpe, crêpe de chine, gabardine and satin on mannequins measuring 80 centimetres – half the size of an average body - Madeleine Vionnet was a star player in that revolution which, starting from the nineteen tens, modernized women’s clothing.

She liberated the body from stays and corsets, making women’s personalities, their wellbeing and their dreams the centre of fashion. Drawing inspiration from Greek art, she created garments that clung to the shape of the body, with a fluidity that echoed its movements, in the conviction that dresses must take on the personality of the person wearing them. In fact, she would say, “when a woman smiles, then her dress should smile too”.

With the characteristic and much admired softness of her creations and the perfect fall of her garments she became the author of unique couture creations: garments to be pulled over one’s head, obtained with only one cut of the fabric, devoid of hooks or buttons; tunic-dresses to which she applied hoods both for the day and the evening; costume-dresses – “halternecks”, “American-style” dresses – which Halston successfully revived in the Seventies. Ideas that left a mark and still continue to impact strongly on contemporary style.

In 1932, Maison Vionnet was a five-storey atelier located in a building on Avenue Montaigne boasting 1,200 employees including seamstresses, cutters, office workers, saleswomen, shop assistants and delivery boys; a company run along modern, ethical lines, with a subsidiary in New York, the first opened by a French fashion house. Additionally, Vionnet also launched the very first collections of prêt-a-porter garments based on those of haute couture: an absolute innovation. She also developed perfumes (named, in a futuristic manner, with letters of the alphabet) and lines of bags and accessories. She worked with artists and art directors, members of the European and

American jet set and several of the most widely acclaimed stars of Hollywood, such as Marlene Dietrich, Katherine Hepburn and Greta Garbo. Born in Chilleurs-aux-Bois on 22 June, 1876, Madame Vionnet died, in Paris, on 2 March,1975. Defined as the “architect among dressmakers”, she trained in London with Kate Reilly, supplier to the British royal family, and returned to France, where she worked with the famous Callot Soeurs and later with Jacques Doucet. She founded her fashion house in 1912, being forced to close it just two years later due to the onset of the First World War. She became enormously successful in the Twenties, a success that culminated in 1923 when she opened her new premises on Avenue Montaigne, referred to, at that time, as the “Temple of Fashion”, a spectacular venue-atelier-boutique, the result of collaboration between the architect, Ferdinand Chanut, the decorator, George de Feure and the crystal sculptor, René Lalique.