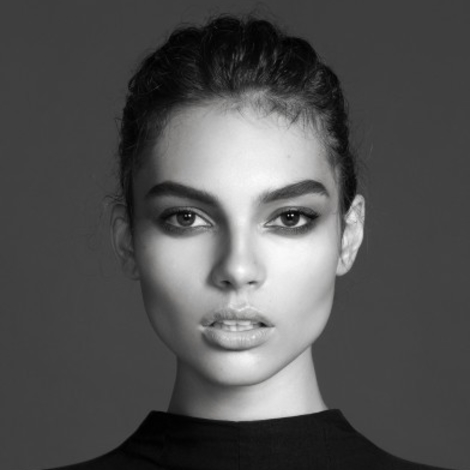 Charlee Fraser (25 December 1994) is an Australian fashion model. Born to an Australian mother hailing from the Awabakal people of the midnorth coast of New South Wales and an Australian father, Charlee was always obsessed with fashion. She knew little about the industry, even when she initially signed with an Australian agency and began booking her first jobs. She quickly became a favorite at Australian Fashion Week and subsequently scored overseas shows. In 2016, her career took on a new breath after iconic stylist Guido Palau lobbed her long tresses into a chic bob right before she hit the Alexander Wang catwalk during her first New York Fashion Week. The style was reminiscent of the old Hollywood star, Louise Brooks, and when paired with Charlee's doe-eyed features and laidback vibe, she became the modern classic the industry had been waiting for.