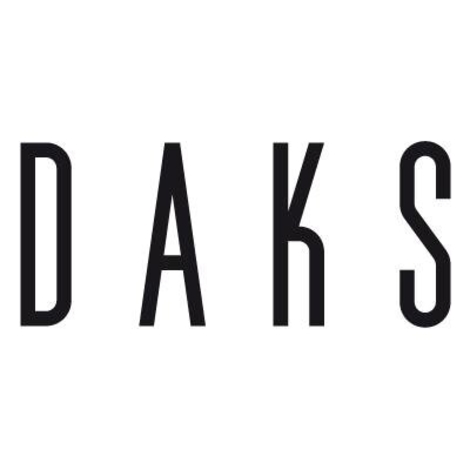 The DAKS name has always been synonymous with British Heritage, style and elegance. Originally founded in 1894 by Simeon Simpson, who provided a bespoke tailoring service in Middlesex Street, in the City of London.

Today the brand is one of the UK's most quintessentially British luxury labels, specialising in fine tailoring and accessories for both Men and Women. The brand's unique House Check, which is recognised worldwide, was introduced in 1976 and has become an international symbol, featuring heavily throughout the clothing and accessories ranges.

DAKS are proud to hold all three Warrants, only one of 15 firms (out of a total of 820) to do so, and hosts its flagship store on Bond Street, as well as a store on Jermyn Street in the UK. Worldwide, DAKS is exported to over 30 countries and sold in more than 2,000 speciality shops, major stores and concessions. The company has a strong reputation in the Far East markets, having been sold under license in Japan for more than 30 years and in Korea is the number one non-domestic brand. Standalone stores in Hong Kong, mainland China and Taiwan confirm DAKS's strong position as a truly global brand.