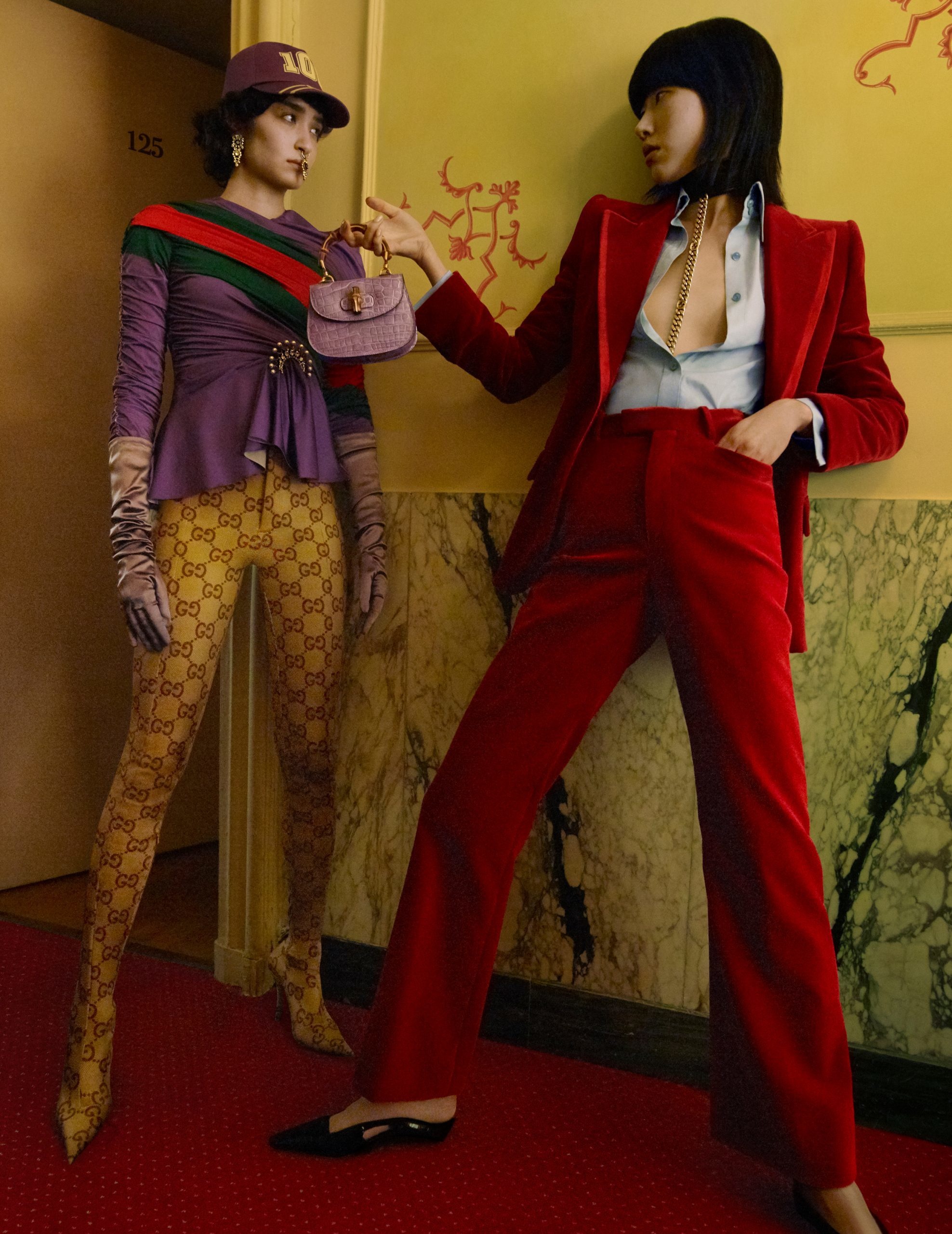 Debuting Gucci Aria, the new advertising campaign envisioned by Alessandro Michele to capture the revolutionary and joyful impetus of eros as the creative force behind contemporary imagery. The campaign shot by Mert Alas and Marcus Piggot features Måneskin, the Italian band atop global charts.

From the Creative Director’s notes on the campaign: It’s the birth of Eros, ancient and primigenial force, that drives the desire through the attempt to mend a separation. The myth, in fact, identifies in the relationship with the Other the vital impulse that obliges each of us to restore a lost unity.

Known for redefining the conventions of beauty throughout her career, Kristen McMenamy appears in an the new Gucci Aria campaign wearing a multicolor sequin skirt with matching gloves and lace top.